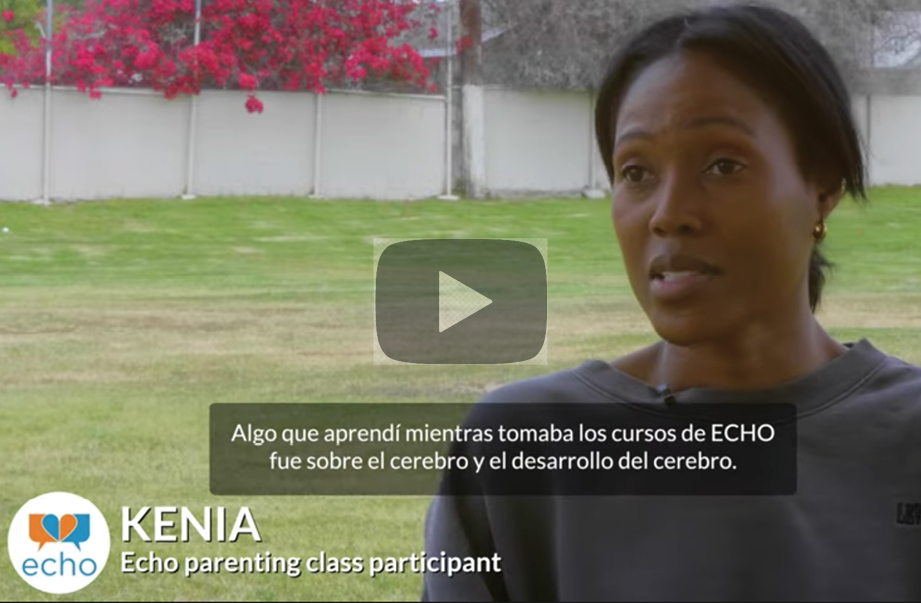 I know the Echo parenting course is life-changing — not least because as a parent I've experienced the benefits myself— but we at Echo don’t always get to hear the individual stories of the families we serve.

However, at the onset of the pandemic, we were making a lot of calls to help parents transition from in-person to online classes. As a result, I got to talk to two parents—Kenia and Lilian—who were so generous in their appreciation of the parenting course and so clear about how this parenting approach can create the safe, connected relationships we want with our children, I asked if we could capture their words in these two short videos.
Kenia doesn’t remember much of her life before the age of 14, which indicates there is much her brain has blocked off to protect her from painful memories. After making a 911 call a few years ago when her ex was trying to gain entry to the house where Kenia lived with her young son and daughter, Children’s Services took the children away. What followed was a two-year battle to regain custody. [See Kenia’s story in The Imprint.] Echo was able to help purchase children’s beds, which she needed before her children could be released to her. We also provided Kenia with knowledge about trauma and the brain so that she could break the cycle of generational trauma in her family. Watch Kenia as she explains why this information is so badly needed by all parents, but especially those who have been caught up in the child welfare or court system. 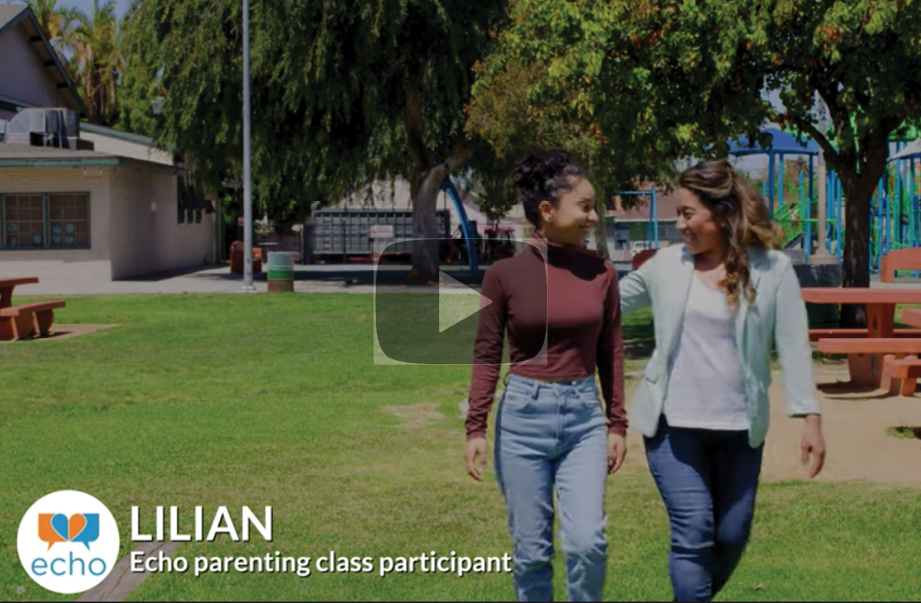 Lilian took the Echo parenting classes in Spanish and now recommends them to all the parents she knows, including families at her church.